#BeActive at the European week of sport in Moldova 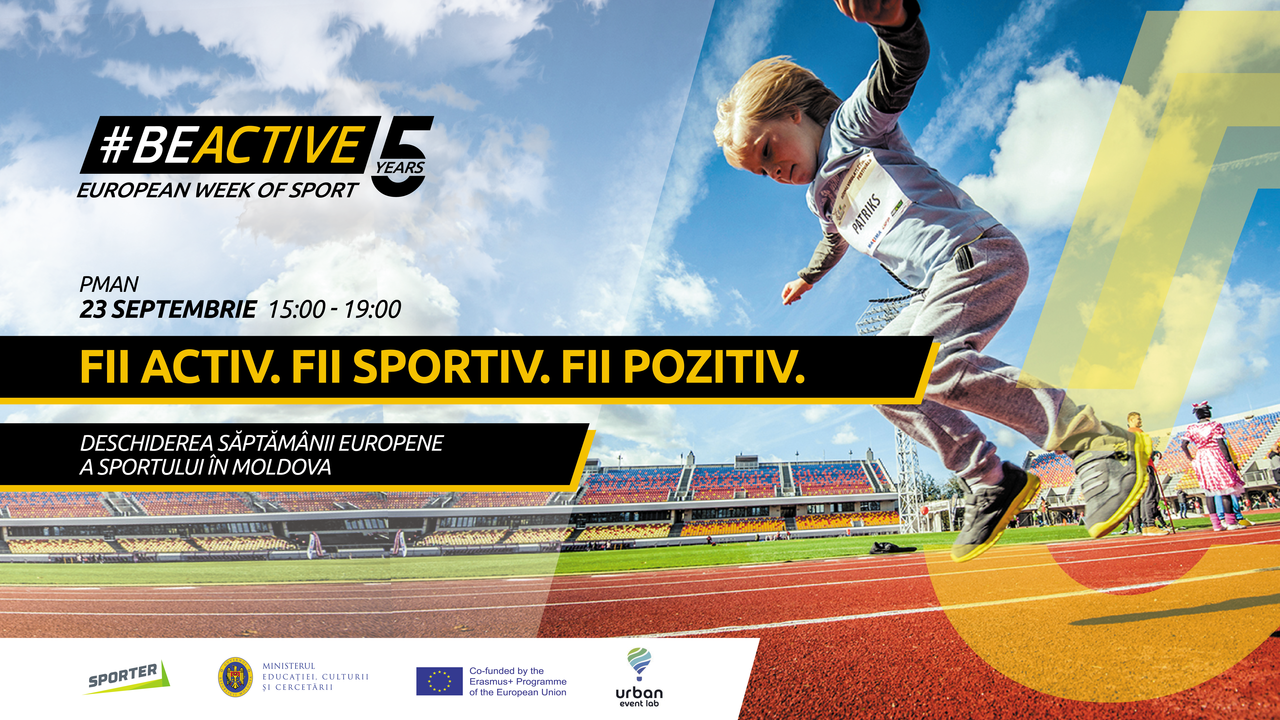 On September 23, the official opening ceremony of the fifth European week of sport “#BeActive  — Fii activ. Fii sportiv. Fii pozitiv.” will be held in the Great National Assembly Square. All the activities within this event will be dedicated to the young amateurs of the active lifestyle. The Chisinau International Marathon will be a part of the European week of sport in Moldova.

During the opening ceremony, the Great National Assembly Square will transform into the largest square in the country, in order to host the sporting games and races, which all people aged between 5 and 18 may attend.

The “Records Day”, outdoor games, table hockey and football, minute games, quests and many other interesting activities will be organized for the #BeActive participants. The most active and energetic participants will receive prizes from the organizers. The youngest participants will have the possibility to spend time at the inflatable trampolines and slides, which will be set in the square.

The beginning of the event program is scheduled for 15:00 and will last until 19:00.

This year, between September 23 and 30, thousands of sporting events and races will be organized in many countries of the world with the #BeActive hashtag.

All events within European week of sport in Moldova are organized by the #BeActive team, Sporter organization with the support of the Ministry of Education, Culture and Research of the Republic of Moldova.