24 January, 15:034620
National Sport
Wine Run will be held with the support of the Tree of Life brand

How the Gut-Brain Connection Affects Your Mood 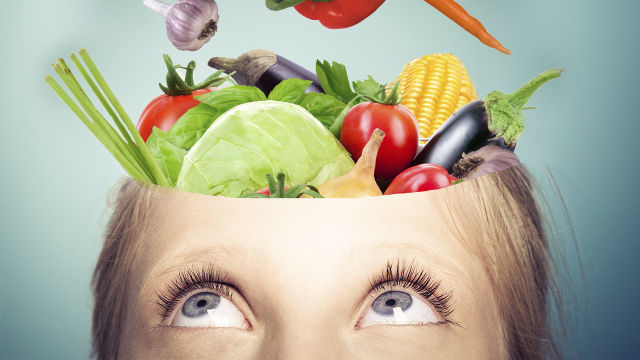 Have you ever been hangry? If the word isn't familiar to you, the condition probably is. Have you ever lashed out a coworker before lunch? Have you barked at your spouse or your kids after postponing that afternoon snack? Or maybe you skipped breakfast and later snapped at your Starbucks barista when she got your order wrong. It is possible, of course, that you were just having a bad day. But if you hadn't eaten in a while you may have been hangry.

So where does this word come from? The definition of hangry is best understood when you combine the words hungry and angry. It's not a medical term, but that doesn't mean that scientists don't take the condition seriously. If you get hangry you have a real condition with real symptoms.

Research studies have found that low blood sugar and anger are often linked and may show up in different ways. Typical symptoms might include:

You may feel unusually crabby, irritated, or anxious when you get hangry. One study published in the journal Physiology and Behavior found that low blood sugar induced a state of "tense-tiredness" that caused study participants to have more negative outlooks on certain life situations.

When you get hangry, you may feel the urge to lash out at friends or loved ones. A study of married couples found that intimate partners were more likely to express aggressive impulses towards each other when their blood sugar levels were lower than normal.

Hangry dieters may have a harder time sticking to a healthy eating plan. Or if you are trying to break a bad habit, you may feel like your willpower is diminished when you are hangry. In a research analysis published by Personality and Social Psychology Review study authors concluded that "self-control failures are more likely when glucose is low or cannot be mobilized effectively to the brain."

Hangry students may have a hard time paying attention in class. If you are hangry at work, you might not be able to focus during your pre-lunch meeting or during an important phone call that happens at the end of a long day. When researchers studied focus and attention for an article published in the journal Brain, they found that attention and reaction time were both diminished when study subjects had lower blood sugar.

If you are normally a patient parent, a calm driver, or a cool customer when trying to solve problems, you may feel your patience tested when you are hangry. Researchers who published in the journal Aggressive Behaviordiscussed the possible relationship between low glucose (or poor glucose metabolism) and aggression or violence. The authors suggest that "a spoonful of sugar helps aggressive and violent behaviors go down."

Your experience of being hangry may include different symptoms than these. Some people simply get tired. Others get agitated. Many people get foggy and feel a dip in motivation. It doesn't matter how your hangry symptoms show up. For many of us, it's just helpful to know that the symptoms are real.

Why You Get Hangry: The Gut-Brain Connection

Most often, when we eat regularly and practice good nutrition, our finely tuned-metabolic processes ensure that our body and brain get the nutrients they need to function smoothly. Of course, there are some conditions (like type 1 or type 2 diabetes) where this process gets interrupted. But in most cases, practicing healthy eating habits helps us to feel satiated and well.

Unfortunately, hectic daily schedules and other obstacles can get in the way of eating properly. When you go too long without food, there are a few changes that happen in your body. Low blood glucose is one of those changes but it is not the only reason you get hangry.

"Low blood sugar is the trigger but there are many physiological factors at play," says William Yancy M.D. Dr. Yancy is an associate professor of medicine at Duke University School of Medicine and is also the program director at the Duke Diet & Fitness Center.

First, he explains that a blood glucose response may be different from person to person. True low blood sugar is a condition called hypoglycemia and it is defined as having glucose levels lower than 70 milligrams per deciliter (mg/dL). He says that you might get hangry from a relative blood sugar change. "Some people may experience symptoms when blood sugar is not technically low if their blood sugar is chronically elevated, or when their blood sugar drops quickly from a high."

"The SNS and epinephrine cause many of the symptoms of hypoglycemia: shakiness, nervousness, sweating, dry mouth, pallor," says Dr. Yancy. "In addition, hunger, sweating, and tingling are caused by acetylcholine release in SNS nerves." He adds that the central nervous system may also be involved in the process. When the central nervous systems lack glucose it can lead to confusion, irritability, and even decreased consciousness in severe cases.

Dr. Yancy adds that there are other hormones involved, such as cortisol and growth hormone, but they play a lesser role.

"All the symptoms associated with being "hangry" essentially stem from having low blood sugar, but there are a few different pathways going on. Our brains are dependent on glucose for fuel, so when we haven't eaten in a while, our brains can start to feel a little fuzzy and we may not think as clearly as usual. This can lead to impulse decisions or a shorter temper. When our blood sugar gets low, it also triggers hormones to be secreted from other organs in our bodies. Some of these hormones play a role in behavior control, and their secretion can make us more aggressive."

Cleary adds that there are certain people that are more prone to hanger. "Feelings of hunger and anger are both controlled by genes, and everyone has different genetic makeups. People also express their feelings differently, some people being more open or vocal than others, which can make their response to hanger seem more extreme."

While these brain and body changes may sound dramatic and potentially even dangerous, in most cases they are not. Dr. Yancy says that "severe cases of hypoglycemia only occur in patients taking insulin or sulfonylurea medications for diabetes. In patients who do not take these medications, our physiology will pull us out of the episode."

How to Avoid Getting Hangry

Even if the condition isn't dangerous, most of us would like to avoid getting hangry. After all, who wants to deal with the fallout of snapping at the boss simply because of a missed meal? How do you prevent the condition from occurring?

Cleary says that the best way to prevent hanger is to eat something before getting to the point where you feel hangry. For many people, this means eating smaller portions more than three times per day. "If you know you're prone to hanger, it can help to carry around a small snack to have in a pinch," says Cleary.

Food quality matters as well. Dr. Yancy says that eating a balanced diet is important. He suggests planning meals mixed in carbohydrate, protein, and fat. If you start to feel hangry between meals, he suggests consuming a snack that is also mixed in content.

Cleary agrees. "High carbohydrate meals or snacks such as chips, cookies, or candy can raise our blood glucose levels quickly, but then they may cause crashes later. It's best to choose a more balanced option that contains complex carbs and protein. This may include whole grain crackers with hummus, banana with peanut butter, or a yogurt with fruit and nuts."

Lastly, if you get hangry often, plan your meals when the symptoms are likely to happen. And avoid drinking too much caffeine, says Dr. Yancy. Caffeine can exacerbate the symptoms so avoiding overdoses can help.

A Word From Verywell

There is nothing more frustrating than feeling out of control with your emotions. We've all been there, so the frustration is understandable. But knowing how your gut-brain connection works may help you to prevent episodes of anger. If you get hangry often, change your meal schedule to avoid severe hunger or try carrying snacks in your bag to keep your blood sugar steady. Simple changes may have a pleasant impact on your disposition and on your relationships.