24 January, 15:036180
National Sport
Wine Run will be held with the support of the Tree of Life brand

What Exactly Is a Tempo Run? 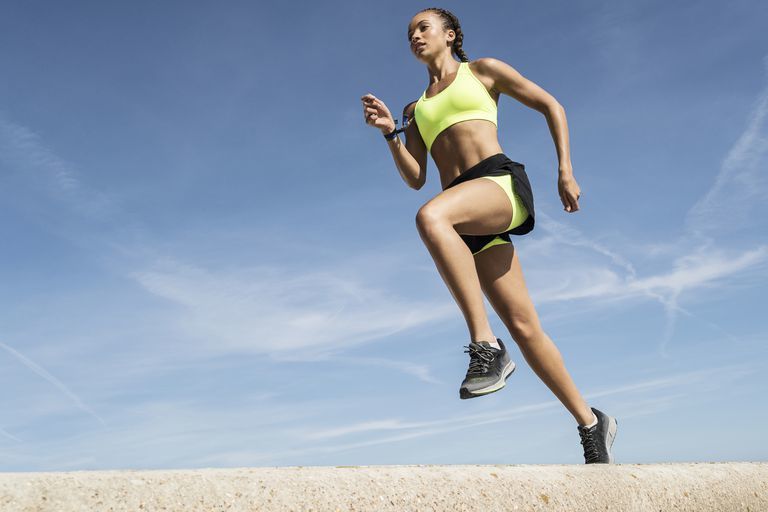 The T-word describes a specific and seriously useful workout. Here’s how to fit it into your training routine.

If you toss around the term “tempo run,” it’s pretty clear that you’re serious about your sport. But while a tempo run is a key staple in the training diet, very few people actually know what exactly the recipe calls for.

In fact, there’s a lot of misconceptions about the tempo run. Take, for instance, the guy who finishes a road race completely out of gas, slumping over the fence to catch his breath. Despite his hard effort, when asked how he feels about his race—which may have resulted in a time a bit slower than his goal—he says with a dismissive wave, “Ahhh, I ended up basically doing a tempo run.”

Here’s the problem: Mislabeling a sub-par race performance a “tempo run” is not just a matter of nit-picking semantics. Racing and tempo running differ greatly, and doing the latter incorrectly can compromise its training benefits. But learning how to incorporate it into your running routine can bring you lasting benefits—especially on race day. Here’s everything you need to know about the tempo run.

How to Find Your Tempo Run Pace

So what is a true tempo run? A tempo run—also known as an anaerobic threshold or lactate-threshold run—is a pace about 25 to 30 seconds per mile slower than your current 5K race pace, according to running coach Jack Daniels, Ph.D., who popularized the tempo run in his book Daniels’ Running Formula.

Without getting too technical, tempo pace is the effort level at which your body is able to clear as much lactate—a byproduct of burning carbohydrates—as it produces. Your body’s lactate clearance is at the same level as its lactate production, meaning the dreaded dead-leg sensation doesn’t set in.

That’s the key difference between a race and a tempo run. In an all-out session, your body bypasses this limit, allowing for fatigue to develop rapidly. A tempo pace, on the other hand, can be held steadily (albeit not too comfortably) for at least 20 minutes.

For those fond of using heart rate monitors, Daniels notes that tempo runs should be done at 90 percent of maximum and feel “comfortably hard.”

How Tempo Runs Help You Get Faster

According to exercise physiologist and coach Pete Pfitzinger, not all competitors benefit equally from tempo runs.

“Athletes racing from 15K on up to the marathon receive the most benefit from tempo runs because the physiological adaptations are most specific to the demands of those races,” he says. “An improvement in lactate threshold is only a small benefit for a 5K race, because it’s run well above lactate-threshold pace.” In longer distances, however, your performance is determined primarily by your lactate-threshold pace. So tempo runs provide a direct benefit in longer races for beginners and elites alike.

Still, though tempo running may not boost performance as dramatically in shorter races as it does in, say, marathons and half marathons, that doesn’t mean you should nix it from your 5K training. The beauty of tempo is that it doesn’t require a track or mile markers, but simply relies on time, making it an ideal workout if you’re traveling or just starting a training program, since running down the clock can be a lot less daunting than tackling mile repeats.

The Mental Benefits of Tempo Runs

Tempo running not only improves runners’ physical fitness, but their mental strength, too.

“I really believe in tempo running because it helps the athlete feel that sense of toughness they experience when they compete,” says Bob Williams, former Pac-10 steeplechase champion and distance coach at Concordia University in Portland, Oregon. “I think it’s a process of adaptation, psychological as well as physiological.”

Training at speeds that aren’t quite all-out efforts—in other words, holding your hand just above the flame—taps into the concentration required to develop mental toughness for racing.

How to Incorporate Tempo Runs Into Your Training

Tempo workouts should be part of your weekly routine, whether you’re running for fitness or looking to set a personal record. They build both slow- and fast-twitch muscle fibers, which leads to gains in speed and endurance.

So how can you work them into your workout? You have several options.

For his long-distance athletes, Pfitzinger frequently prescribes tempo runs of four to six miles at 15K to half-marathon race pace. For marathoners, he recommends up to nine miles at between half-marathon and marathon race pace, or a 13-mile run followed by five miles at between half-marathon and marathon pace. He will typically have his runners perform two of these workouts every three weeks during a marathon build-up. As the goal race approaches (but before tapering) the runner might want to increase the frequency to one tempo effort weekly.

You can also use something called “cruise intervals,” Daniels says. Rather than focusing on a certain pace for a certain amount of time—for example, 20 minutes at 7:00 minutes per mile pace—cruise intervals are tempo runs interspersed at regular (say, one-mile or 10-minute) intervals by 30 to 60-second rest periods. This pattern diminishes the psychological difficulty of the workout while preserving the aerobic benefits, allows greater volume (five miles or even more for elite marathoners at tempo pace) and may help guard against excessive speed, which can lead to overuse injury or burnout.

The coach also recommends inserting periods of tempo running into long runs—such as two, 20-minute tempo runs bookending an easy one-hour run—something a marathoner might do bi-weekly in the latter stages of race preparation. Another popular workout is a “cut-down” run, in which runners start a two-mile distance at conversational pace and speed up to a hard tempo effort by the end.

Remember, the one real requirement of tempo running is that you stick to a steady, specific, planned pace. Beyond that you have many options. Of course, if you’re still unsure of the best workout for you, you can always resort to the tongue-in-cheek prescription set forth by the Tahoe Mountain Milers: “Tempo run: Running to the beat of your favorite song; should be done at least once a week.”

How to Control That Insatiable Hunger After a Long Run

How ‘Catching Up’ on Sleep Is Actually Messing With Your Body

The Benefits of Omega-3s on Your Health and Performance