24 January, 15:034630
National Sport
Wine Run will be held with the support of the Tree of Life brand 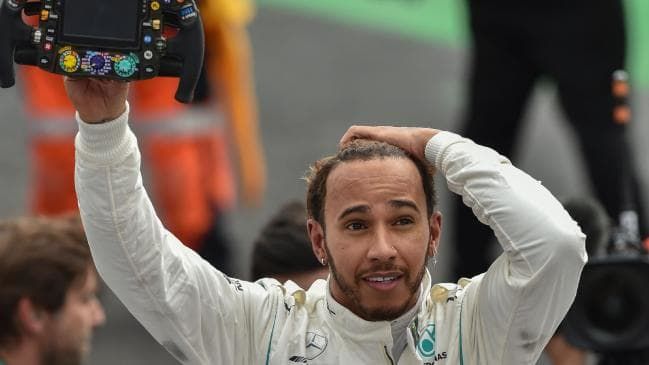 FIVE-time champion Lewis Hamilton has slammed Formula One’s plans to extend the season and said he would walk away from the sport.

LEWIS Hamilton claims he will quit Formula One if the season is super-sized to 25 races.

But Hamilton is not keen on the plan and said it’s already long enough.

“It already feels like we are on race No. 25 this year — so I don’t think having more races is a good thing.

“I am someone who really loves racing but the season is so long. It takes a big commitment from all of us and it is also a long time away from our families.”

Next season’s F1 campaign has already been extended into December for the first time in more than 50 years.

Ahead of this weekend’s Brazil Grand Prix, newly-crowned champion Hamilton, 33, would even go so far as reducing the season.

“Eighteen was the best number, back in the day,” he said. “Seasons are getting longer and the off time is getting shorter.

“You start having to prepare for next year as soon as the season is done, so getting your mind tuned is very difficult.”

The Brit superstar will climb into his Mercedes car for the first time since clinching that fifth world crown in Mexico a fortnight ago.

But Hamilton has no concerns about his safety outside of the Brazilian circuit — despite a member of his team being robbed at gunpoint last year.

Merc have beefed up security, including investing in armed police escorts and undercover agents.

And Hamilton added: “I have always felt safe in Brazil, so I have not approached any of the races here with safety on my mind.

“But I’m confident Formula One and the teams have taken action after last year.

“We don’t know what is around the corner but I am really hopeful for a positive weekend for everyone in Brazil.”

Mercedes can retain the F1 constructors’ championship this weekend.

Rivals Ferrari must outscore Merc by 13 points to take the battle into the final race in Abu Dhabi.